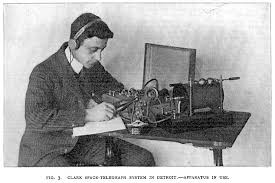 My dad passed away a couple of years ago, in February 2017.  We were estranged.  It’s a sad tale, I suspect too often repeated in many families.  Fights, misunderstandings, dumb egos, idiotic attitudes towards children and parents, and other assorted foolishness.

Dad had moved to the Philippines around 2013, but I didn’t know that until some time later when a woman tried to contact me, claiming to be his new (but already estranged) wife there.  I declined to get involved in their child custody fight – I know nothing of the situation, knew nothing of his whereabouts or his activities, and only had her word on it all.

I am kind of sorry that I didn’t at least try to track him down, not to assist her, but to at least make contact, while he was still alive.  Sigh.

Apparently, a heart attack felled him, at the age of 77.  That’s not all that surprising, as he smoked on and off throughout his life – most of the time I knew him, he was puffing away.  One of the reasons why I can say that I will never smoke.  Haven’t had a single one yet, and don’t intend to start – and I hate the smell.  Well, enough about that 🙂

Running off to join… the Railroad?

But, 60-some-odd years prior, he was a strapping young lad of, oh, probably 17 years of age (1957?), when he quit school and went to work for the CNR station in his hometown of Makinak, Manitoba.  He signed on as a telegrapher, then moving all around Manitoba and Northwest Ontario, working out of one horse towns, sidings, and places-in-the-middle-of-nowhere.  I know that he worked a time in Churchill, around the time I was born – because my mom says that they would do “check-in” calls once a week – he would make a person-to-person call asking for himself – which my mom would of course decline, saving the toll charges, but knowing that he was still alive.  Long distance charges were pretty steep in those days, and money was tight for my parents.

My dad left the railroad sometime in 1963 or 1964, apparently when the switch from telegraphy to teletype was on.  The railroad left a lasting impression on him, though – he had a lifelong love of trains, talked fondly of his time with the railroad, and cherished his telegraphic memories, so to speak. He also used to say that he worked there long enough to get coal cinders in his hair.

Ernie Letain, friend from Laurier, the next stop southeast on the CNR line from Makinak, started with the CNR as a telegrapher at about the same time, but stayed on and became a rail traffic controller, retiring from the CNR many years later after a long career.

When my dad first started, he was shunted around at the whim of the company, working many small places, as mentioned.  As he got more seniority, he could stay closer to home.  He never did build up much seniority, but he did manage to get work from time to time in “WI Office“, which was the CNR telegraphy office in Union Station on Main Street in downtown Winnipeg.

Experienced Professionals vs the Unskilled

My dad told me that often young men from remote places would learn to use the telegraph, and get work with one of the railways, as a ticket out of the sticks, as they would call such way-off places.  Their telegraphy skills would be poor (perhaps like his when he first started out?  Hmmm), so sometimes an urban operator in WI office would ask the remote unskilled operator to please send with the other foot, obviously an insult, since operators always sent with their working hand.

The Vibroplex “Bug” as Telegraph Key of Choice

The Vibroplex “bug” was the high-speed telegraph key that most professional telegraphers used to send code.   When you pressed the paddle one way, it closed a solid contact to send “dashes”, but when you pushed the paddle the other way, a weight and a spring caused a second, smaller contact to bounce rhythmically to send “dots”.  The weight and spring can be adjusted to change the speed of the “dots”.

Dad was a southpaw, a left-hander, so he a rather special version of the Vibroplex “bug”, the relatively rare left-handed bug.  I still have that key, somewhere, in its original box.  It’s dusty, but it still works well.

My dad told stories a row of operators working in WI Office, with the telegraph sounder on a swing arm moved up close to your ear, so you could hear your own signal over the din of the all the others.  You would listen to the Morse code and type on an old manual Underwood wide carriage typewriter.  I had one of those typewriters for many years.  Oh, but the code used was American / Railroad Morse, not International Morse.

Often the traffic received was mundane in nature – freight car contents and their movements, inventories, and manifests.  Sometimes commercial traffic was exchanged – so called “sending a telegram”, but mostly it consisted of information of interest to the railroad.

When doing manifests and forms, the old Underwood would be set up with “hard” tab stops set for the locations of the form fields.  I’m sure the old typewriter would be very noisy too, with a “clack-clack-bang, clack-clack-bang, ding-return!”

When shorter forms or messages were completed, they were clipped into a rail above the operator’s station, and whipped down the line to where someone else picked them up and distributed them where they needed to go.  Meanwhile, the operator would have already loaded up a new page into their typewriter, probably already partway into copying the rest of the message.

In fact, often operators would not even be thinking as they typed.  It became automatic.  They typed what they heard.

A Lion Runs Away to Join the Railroad Too?

Now, I don’t know if it was my dad or someone else who had this happen to them, but my dad often told the story of an operator, late at night, who was taking a mundane message.  He typed it up, pulled it out of the typewriter, clipped it into the rail, but just as he was about to sling it down the line, he saw the message he had just typed.  It said:

Wow, that was interesting!  Where the Hell did the lion come from?

Dad said that it happened due to an anomaly in Railroad Morse code.  Railroad Morse had dots, normal dashes, long dashes, inter-dot/dash spaces, inter-character spaces and inter-word spaces, with supposedly fixed ratios between the lengths of each.  A poor operator could change a “T” to a “

So what happened is someone was sending with the wrong foot, and was trying to say:

A simple status report, when messed up, caused some mirth in WI Office!