Skip to content
The inevitability of my move to Phoenix is creeping up on me.  It was hypothetical, a dream I had for a long time that was coming to fruition…  New experiences, new people, wow.  But now it’s taking physical form! 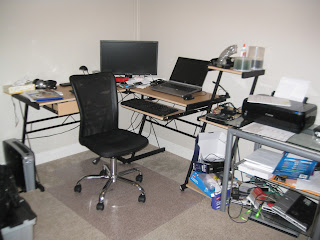 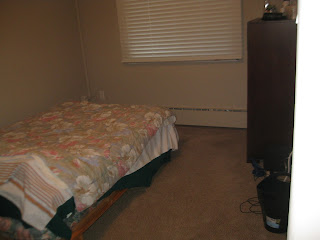 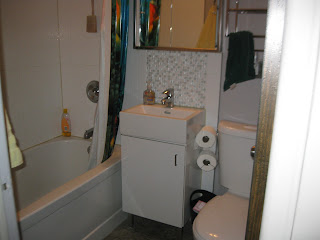 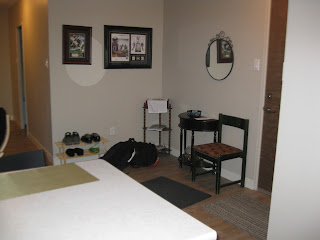 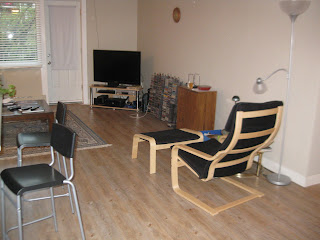 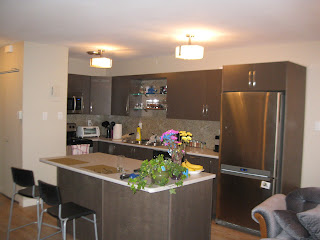 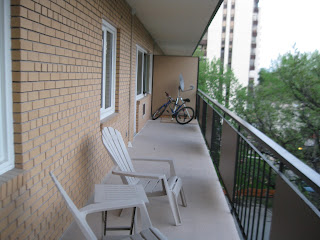 The first thing was the pack-up of my apartment on 25 June.  I had been shuffling things around for a couple of weeks, organizing what was going to get packed and what wasn’t.  But all my stuff was there.  Then on the 25th, a nice lady came by and brought a bunch of boxes and paper material.  I zoomed off to get my TN visa that day, but realized that I didn’t have all the proper documentation, turned around and came back.  When I got back to the apartment, there was so little left out that I had to immediately move to my mom’s that day.  This wasn’t a surprise, of course – but it was kind of shocking to walk in and see everything packed into boxes. 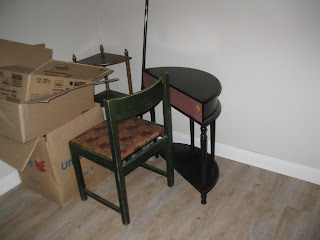 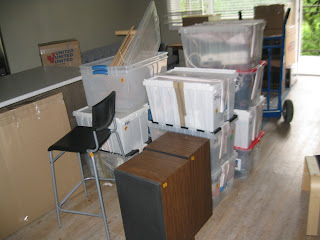 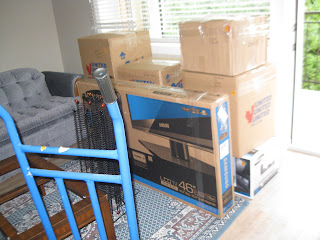 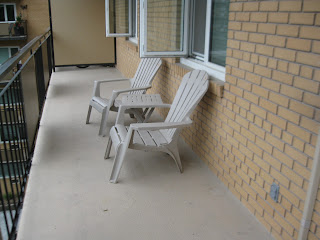 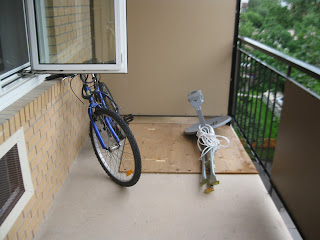 I don’t have much.  Not like the last time, moving from Markham, when it was something like 12,000 lbs (yes, yes, most of it was in my silly tote bins and my tools, sorry, didn’t mean to cart them across the country and back).  This time, my apartment was quite Spartan – all used furniture, mostly from Goodwill.  I was going to leave it behind, return it to Goodwill, give it away – but Eric convinced me that I should take it, so I would at least have something when I arrive down there, not having to replace everything immediately.  Very wise – this allows me to get new stuff gradually – I cannot really afford to go on a spending spree like in Markham – it’s all got to go to reducing my (ugh) debt load.

The next day, on 26 June, the movers showed up and emptied the apartment in a matter of about 1-1/2 hours.  Wow, they were efficient.  When the apartment was empty, it really hit me.  I felt empty.  I flopped and did a Vitruvian Man thing on my back on the carpet in what was my bedroom – stared at the ceiling for a long time, and wept softly…  This wasn’t how it was all supposed to turn out.  What the Hell was going on?

I recovered, set my jaw and clenched my teeth (not supposed to do that any more because of TMJ trouble, but I did not care), and said, “Well, it may not be what I expected nor what I wanted, but it is what it is, let’s get on with it.”

I went back on Saturday the 29th and cleaned the place.  It really didn’t need much, although the baseboards were dusty and needed a wipe.   Eric came by and helped guide me out of the parkade with the ’57 Cadillac (had done an eensie weensie scrape on the side when pulling in once), and I parked it at mom’s place. 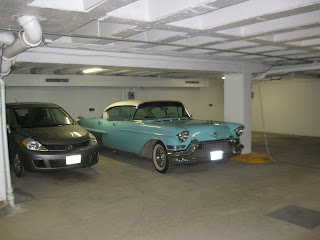 On Sunday the 30th, I returned the keys, did the walk-through, and left for the last time.  Damn, I liked that apartment.  Oh well.  I’ll like whatever I have in Phoenix even more – or so the optimist in me says.

Now initially, the movers were supposed to pick up the stuff in the locker on the same day as the apartment, but I managed to get them to hold off at the locker until Wednesday, 03 July.

I guess I should rewind a bit.  In early June, I went and booked a locker at Total Storage, the same place that I had a locker when we moved back from Markham.  What do you know, got the exact same locker too (cue “Twilight Zone” theme in the background).   Eric and I moved everything from my mother’s basement into the locker (well we left a couple of items that won’t be making the trip).  Quite a bit – as I recall, we had about 95 tote bins coming back from Markham.  I vowed to cut that down substantially before the movers picked it up.

So now I had until 03 July to cut down.  I had started to weed the sheep from the goats, so to speak, and continued to do so.  Took a trip to get my TN visa (see related article), that took some time away, but I managed to get it cut down to an astonishing 46 tote bins!  Well a lot of stuff went out, let me tell you… and some tools stored in Warren are not making the trip.

The boys showed up on Wednesday and said, “OK, so where’s the other locker?  We were told to load about 4,000 lbs, and this entire locker is about half of that.”

Then I told them that they were only taking the stuff on the left hand side of the locker.  I suspect it was more like 1,500 lbs – then again, what do I know?

So then the locker was mostly empty again.  Today I spent a few hours sorting the “discard” pile into “E-Waste”, “Manitoba Amateur Radio Museum”, “Goodwill”, “Back out to Warren”, “To go in the Cars”, and “Landfill”.  Then, I managed to deliver the first three.  The locker is even more empty now.  Hopefully it will be entirely empty by Monday night, in which case I’ll save $200 on a second month’s rent, yay!