Skip to content
The hotel we are staying in is called “The SFO Hotel”, by someone with an obvious love for San Francisco.  Most of the hotel is San Francisco themed.  The name reflects the 3 letter airport code for San Francisco International Airport.  There’s a huge concrete sculpture-mural-collage on the wall of the lobby.  The floors all have photos of San Francisco in the hallways, and each floor is themed after a different area of the city.  There are two restaurants. 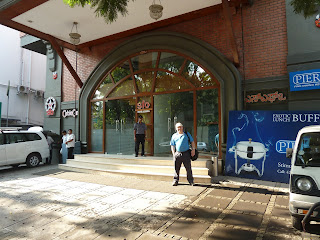 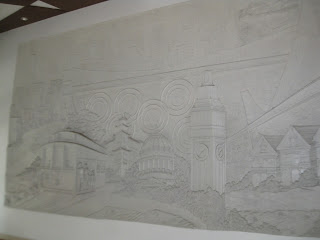 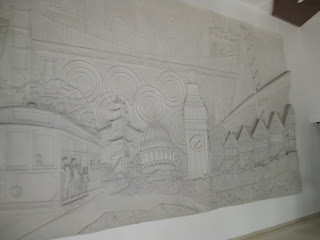 One restaurant is on the ground floor with overflow onto the second floor, called “The Cable Car Restaurant”, with a mock up of a cable car on each floor (kind of like the train car in The Old Spaghetti Factory).  This restaurant serves Italian style dishes done up all vegetarian.  They don’t serve alcohol.

On the top floor, there is a restaurant called “Pier 39” which has facades all around the walls of stores, shops, and locations in San Francisco.  They have a small “Hard Rock Cafe” facade, and several others.  This restaurant has a small bar at one end, and serves both vegetarian and non-vegetarian food.  This is also where the complementary buffet breakfast is provided each morning.

Both are quite good.  I’m not going to lose weight on this trip 🙂

There are a few curious things about the floor numbering.  First, the ground floor is called “Floor 0” (that’s a zero) and the second floor is called “First Floor”.  I’m on the “Second Floor”, which in the North American tradition would be the third floor.

I’m not complaining, the room is fine.  A bit of serenity, not far from the madness of the traffic on the street.