Skip to content
Well, the pace picked up this week.  It became clear that I must have the entire “closing funds” here, in Phoenix, on the closing date, because of course they want a cashier’s cheque (oops check sorry, forgot that I’m in the USA now) or cash.  Well, I am using RBC Bank based in Atlanta, because they give me ready cross-border transfers, allows me to bring money in and push money out, as required.  RBC Bank doesn’t have any branches outside of Georgia, as far as I can tell – RBC Canada bought a bank in Georgia and renamed it RBC bank.  Atlanta is too far to go to get that cashier’s cheque (oops again).

Someone said “go to BMO, they are all over the valley”.  Well, so they are!  There is a BMO four blocks from the office, so I went there on Tuesday at lunch.  Oh, they would happily give me an account, but there is no facility for cross border transfers.  Curses.

I redeemed some of my Canadian RRSPs, took a hit on the tax withhold, and brought the cash into RBC USA.  One step closer.  I got more than enough, although the company advised that they would pay the closing costs (non equity input) directly – but I wanted to make sure.

I went to four other institutions for consideration of mortgage loans.  They were all very eager at first!  Canadians are very popular in these parts, but then I found out why.  Three of them (eventually)  came back saying that they don’t do the FHA high ratio loans.  Most Canadians don’t qualify for FHA, so they either come in with close to 100% cash, or at least 40% down.  Minimum for them is 20% down.  Ha ha, not going to happen for me, that would clean me right out, and RRSP money is very expensive money.

The fourth institution was “in”, but could not respond fast enough.  They dropped out a week later, so sad.

When you buy a home here, you get 10 days to have a house inspection done, and demand that the seller fix problem issues.  Or rather, you can negotiate over fixing.

For me, Wednesday was “house inspection day”.  I paid some guys to give the prospective home a once-over.  One did the basic house inspection, and he found lots of stuff that I didn’t even see – outlets broken and hanging out (bah, I can fix that), cracked grouting (ugh, pay someone to fix that), broken tap sets in the bathroom (I can fix that), wiring problems to the pool pump (hmm, I guess I can fix that), a cracked window (ick, in the master bedroom too), and a bunch of other little things.  Oh, and some significant roof issues.  I had no idea!

The other guy was the termite inspector.   Here, you also have to disclose all the issues that your home has had, and sure enough, a few years ago it had termites, and they were dealt with.  But, OMG, they were back!  EEK!  Now what?

Well, as many people have told me, it turns out that either a house has termites, or will have termites.  No big deal, unless they are left unchecked for a long time.  It’s big business down here, detecting and removing termites.  They actually live in the ground around the house, so most of the treatment is in the soil.  Then they get up into the attic where they were actually seen (well not the termites but the tubes they leave behind) and knock out the evidence, treat the affected area, and repair the structure, as required.

My general observation is that they use a lot of chemicals for pest control down here.  I suspect that it’s because they have to – nasty little things like scorpions, poisonous spiders, and poisonous snakes, ugh.  Gotta keep your house and yard clean and free of debris!

On Friday, Elizabeth was picked up in Fargo ND.  Eric drove down to supervise the loading.  It went smoothly.   The car should be here early next week.  But, when it arrives, I have to have US900 cash in hand!  Ouch, how to do that?  I spoke to the RBC Bank folks, and they advised that I can go to any Bank of America or Wells Fargo, and take a cash advance against my RBC Bank account, using the Visa option.  It turns out that my RBC Bank card is not just a debit card, it’s also a Visa cash card, connected to my account.  Well, actually, the banking system is very different down here – debit appears to be processed through the credit card network (in this case, Visa) and can be delayed in showing up in your account, sometimes up to a day or two – so you have to be careful.  A side benefit is that you can get up to1000 cash advance, a day, at any bank that does Visa.  Hmm, this could come in handy later… 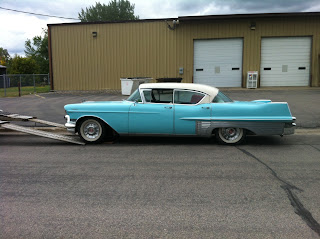 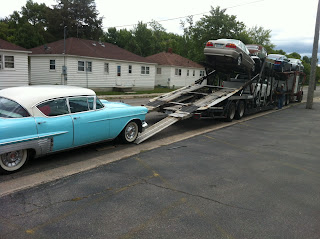 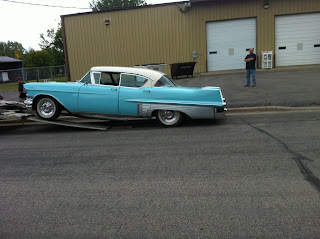 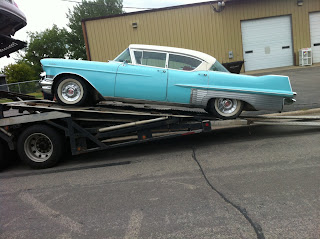 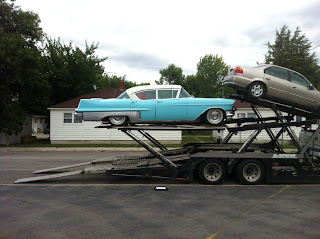 On the Saturday, I went to the Phoenix Art Museum.  They have a display of
Video Games as Art, but I really went for the screening of The Last Starfighter, a sci-fi movie from the mid eighties that I never saw.  Well, I missed it by a day, the screening was on Sunday!  So I checked out the art museum anyway, and bought a ticket for the movie the next day, vowing to be back.