Skip to content
Yes, another working Saturday.   There is a lot to do on each of these projects.  I’m working closely with the hardware engineer, Srinivasan, to make the necessary circuit changes in a hurry.

We’ve also got project management challenges.  The two projects are competing for some of the same resources, so it’s going to be tough to get everything done on time.

At lunch, I slipped away on my own to the Royal Minakshi Mall – I wanted to browse on my own.  I went up to the food court for lunch, but my choice, “US Pizza”, is closed and gone!  Oh well.  My next choice, “TGI Friday’s”, was closed due to the election.  I’m told that there was too much drunken brawling going on, so they close all liquor establishments from 5 PM on Friday through to 5 PM on Sunday, the voting day. 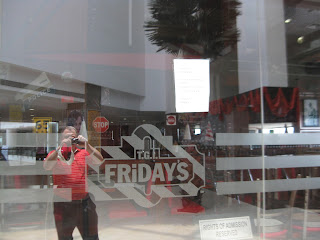 In the early afternoon, Ramu stopped by and suggested that I visit the Visvesvaraya Industrial and Technological Museum tomorrow, that it would be worth the trip.  I figured maybe I might.

So it was getting rather late, so at 6:15 PM, I called for a car to pick me up at 7 PM.   In the meantime, I realized that I had not done some sketches critical to board layout for the PC board that we were working on, so I took the work with me.

Srini said he would collect the sketches from me tomorrow (Sunday) afternoon, when he would pick me up on his motorbike and take me to Hosur, where he and Mani live.  We’d hang out at their homes, and check out the market.  Now, I haven’t had a ride on a motorbike since I was 18 years old.  I was a bit petrified about it, but figured that it was in keeping with my theme for the entire rest of the trip, to say, “to H with it”, and just do it.  Something to look f-f-f-forward t-t-t-to.

At about that time, the skies opened up and we had a torrential downpour.  By the time the car picked me up, there was 1/2 foot to 1 foot of water laying in the streets.  The pedestrians were picking their way through it, many in sandals.  Yuck!

The rain had stopped, but traffic was completely snarled anyway.  The trip home was excruciating – first stop and go (more stop than go), then bumping down sidestreets, smaller sidestreets, narrow alleyways, nearly getting schmucked at every corner.  Most neighbourhoods were pitch dark – a “power cut” had happened – blackouts.

When we got to the hotel, the block around it was dark as well, but the hotel was well lit, as always – its diesel generator was running.  I was told that there are a lot of “power cuts” during heavy rains.  All evening after that, the power was on and off.  In my room, the lights would go out for say 30 seconds or so, while the generator kicked in, then they would come back on.  Fortunately, the Internet stayed up the whole time 🙂

At around midnight, I remembered the sketches that I said I would do.  I took an hour and drew them up, then, exhausted, crashed out.  During the night, a “power cut” happened and my CPAP machine stopped, and I awoke, very confused.  The power came back on, and I fell asleep again.  Love that machine, but too bad that it’s reliant on electricity to do its job, ha ha.