Skip to content
What is it they say about idle hands?  Oh yeah, not something I want to associate with myself 🙂

So, although Eric left on Sunday, 21 July, I didn’t start work until Thursday, 01 August.  What to do?  Plenty!

I applied for my Social Security Number.  All you have to do is have a valid work permit in the US (a TN Visa qualifies of course) and be in the country 10 days.  You take down your proof of identity, citizenship, and the valid work permit, and apply.  It arrives a few days later in the mail.  Wow.

I was busy with the guys from Easun Reyrolle in India.  Srini and Mani had lots of questions, and I am helping them a bit more on their relay designs.  I was talking to them pretty well every day, often in the evenings (they are 12-1/2 hours ahead of Phoenix), but sometimes early in the morning too – hey, hey, not that early 🙂   I am developing a bit of a bad attitude toward mornings.

I connected with an Emotions Anonymous group in Glendale, meeting Tuesday evenings.  It has been quite helpful.  As you can imagine, it has been quite stressful to go so far, experience so much climate change, so much culture change, be alone, and then not working for a couple of weeks.  EA helps.

I went looking at houses – being uninspired by my rental choices, I wanted to look at a home purchase instead.  There were about 40 potentials, which I whittled down to about a dozen right away, then cut down again to six.  So Fla and I zipped around to six houses.  Oops, well, one I rejected right away – although it looked great because it was 2 acres with a shop c/w overhead crane, storage for over a dozen more cars, lot backing out on a wash so I could race off on the bike… when I drove by there the night before, it was in a dumpy area, rather scary actually… too bad.  Plus the listing had *no* pictures of the interior of the house – and as I recall, said something about “as is” – so you know that it must be scary.  So sad.

The houses were… interesting.  A low cost one was a foreclosure, I could see myself doing a lot of work on that one, saving a lot of money… but man, was it grubby.  The bank had tried to do some work, but it just wasn’t clean.  Yikes.

There was a house with a large iron gate between the living room and the kitchen.  Hmm, looked like something that would be more appropriate in the yard, to restrict access to the pool.  Not sure what that was all about.

Then there was a 3,000 square foot house with a 26×36 garage/shop!!!!   And another 10×20 shop attached behind that.  And an RV storage area on the other side.  And a huge pool.  Wow.  I would love that, but sadly, couldn’t see being able to fill even half the place with furniture – and the cost to cool the place in the summer would be astronomical.  Sigh. 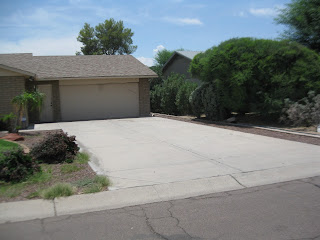 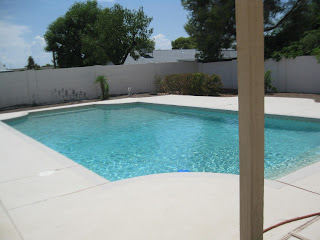 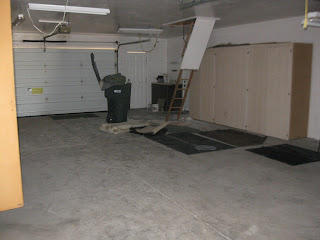 So we entered the next week pondering…  and thinking of the one place that seemed to be a balance of most of what I was looking for – 3017 E Utopia Lane, Phoenix, AZ 85050. 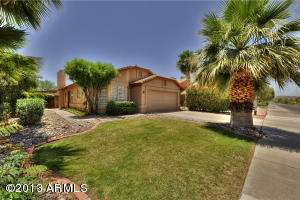 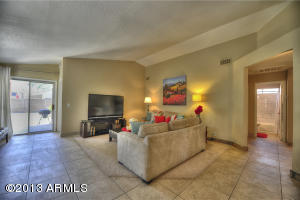 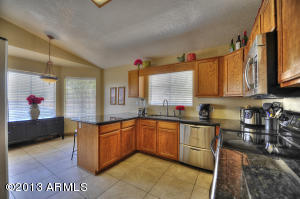 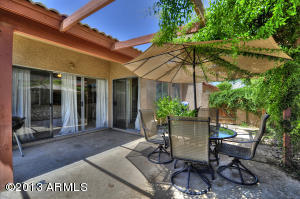 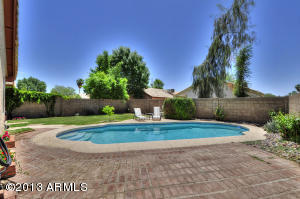 The Winnipeg Blue Bombers were playing again on Friday, 26 July, with the Calgary Stampeders in town.  I tried to hook the computer up to the big screen TV again, but it did not work nearly as well – very frustrating.  The image started to go out for 5 to 10 seconds every minute or so, argh!  Eventually just cut off the TV and watched it on the little screen.  Ooh, the game wasn’t all that good, we lost pretty convincingly.  Just as well that I couldn’t see it on the big TV.